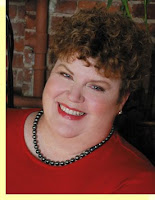 Watch Charlaine Harris author of the Sookie Stackhouse books on Penguin's Project Paranormal. As most of you know this series was turned into a mega-hit, called TRUE BLOOD, by HBO.

In case you can't get enough of all things Twilight Nordstroms is offering a new line of clothing:
"Take your pick. Order now to be one of the first to wear our exclusive fashion line inspired the Twilight Saga: New Moon." I didn't bother looking for prices.


Just for grins be sure to watch Blood the Last Vampire Anime Retold by Conan O'Brian and Andy These two very funny guys don't need anything resembling a script. The voice over syncs so well with the moving mouths on the anime, it's downright creepy! 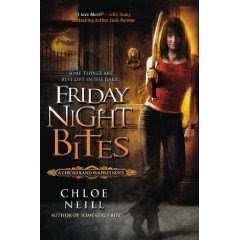 Marta Acosta (author of the Casa Dracula series) at Vampire Wire says, "My new contest is all kinds of fabulous. Eagle Rock Entertainment is giving me two copies of the just released second season DVDS of "Blood Ties." Contest closes October 18.
I have to remember to enter this contest. Blood Ties was one of the best TV series ever. It was based on the "Blood" books of Tanya Huff.


Chris Marie Green's Deep in the Woods (Book 6 in her Vampire Babylon series) has been sent to Ace. (from Locus Sept. 2009)

Verizon is going crazy for vampires

According to MediaPost.com
"Verizon Wireless is partnering with MTV on "Valemont," a new short-form series premiering Sept. 29 that will appear on television, online and mobile via the wireless carrier's V Cast Mobile TV service."...

Plot summary from IMBD : "An teen girl's brother is murdered at Valemont, an elite college on the east coast. Disguised as a student, the girl works undercover to unravel Valemont's dark secrets from within."


The Vampire's Assistant, based on the books of Darren Shan, will open in theaters October 23rd. Go to AceShowBiz (see below) for a clip from the film with the lovely Salma Heyek


Salma Hayek Gets a Vision in New 'The Vampire's Assistant' Clip