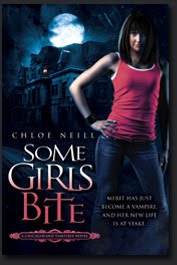 Graduate student Merit is brutally attacked one night. The predator knocks her to the ground and proceeds to tear at her throat. Almost immediately another man approaches and the attacker runs. Merit notices that her rescuer has beautiful green eyes before losing consciousness.

Days later she discovers she had been attacked by a rogue vampire, but saved by another - Ethan Sullivan, Master Vampire of Cadogon House and the man with the unforgettable green eyes. Merit is now, against her will, one of Chicago's immortals.

Unlike other supernaturals, or sups as they are referred to, vampires have announced their existence.  Roommate Mallory who loves all things paranormal is excited to be best friends with a vampire.

Unfortunately Merit's fury at being changed overwhelms her. Her life choices are now very limited. The university no longer wants her as a student. The comfortable life she  lived disappeared, but worst of all she is expected to give complete allegiance, and eternal gratitude to Ethan, her maker, and one of the handsomest, most alluring man she has ever met. Merit's ultra-strong independent streak keeps her from succumbing to his seductive appeal or to be cowed by him. No one male or female has ever resisted him, until now. 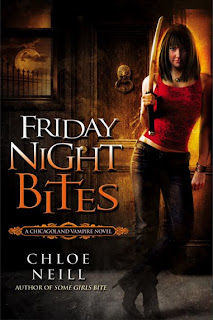 A sassy, brassy, sarcastic attitude like Merit's is not unusual in today's urban fantasy heroines. What sets each series apart is an original plot along with a variety of interactions between distinctive characters.

Besides her BFF Mallory there is Catcher. Although not a vampire himself he is trusted by Ethan to train Merit in the art of self defense and combat. The background to the friendship between Ethan and Catcher remains a mystery perhaps to be solved in a future episode. It also turns out that Catcher is a very talented sorcerer who for some strange reason was kicked out of the Sorcerer's Guild. He discerns the hidden magical abilities in Mallory and helps her to make use of them. At the same time a romance springs up between the two.

Ethan is more of an enigma. He hides much behind a cold visage.  Along with the other vampire masters he works with the human police to discover the rogue vampire who attacked Merit and who has killed other young women. And then there is Morgan, the good looking second in command at House Navarre, who has the hots for Merit. The attraction is not one sided.

At first I found it hard to like Merit. Her anger and bitterness over her transformation seemed extreme considering this change saved her life. Eventually she finds her way and accepts the responsibilities that come with her new existence. That's when I began to like and even cheer for her.

Fortunately this happens fairly early in the story, so I can truthfully say I enjoyed it and look forward to reading book 2 Friday Night Bites (A Chicagoland Vampires Novel), NAL (Oct 6, 2009)

Great review! I've heard good things about this book and am looking forward to reading it! Love the idea of a heroine with a sassy, brassy, sarcastic attitude! I think I'd be a little angry too if my world was turned upside down like that. Great job!

I loved this book and was about to start my review....I'll be doing it later though. So much to do!

I can't wait to receive Friday Night Bites. I <3 Merit and her gentlemen suitors! :)

It's always great to find a new author that brings so much joy to readings.

I picked up a copy of Friday Night Bites and Barnes and Noble. Hope to get to it soon.

I like your POV here. Merit is a bit stubborn, isn't she? This book is in my top 10 of favorites for this year. I can't wait until I can start on Friday Night Bites.

Some Girls Bite is the start of a great new series. There is never a dull moment with Merit!

Glad you liked the review. Thanks for the kudos!

Sounds really good.. I better check this book out since I adore vampires ;).. On to my TBR it will go !!

Thanks for a great review :)

Thanks! Happy you liked the review.

I think you'll like this book. After you've read it stop back and let me know your opinion.