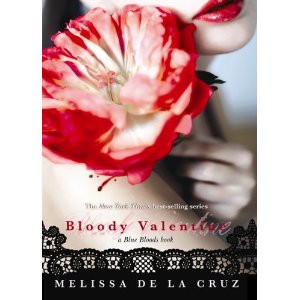 Just Another Night in Suck City - Oliver Hazard Perry has lost the one person he loved most in the world. There seems no hope for his despair.

Always Something There To Remind Me - Allegra Van Allen yearns for the forbidden love of a Red Blood (a mortal).

Ring of Fire - Schuyler Van Allen prepares for her bonding ceremony with her beloved Jack but is unaware of the plot that could destroy them both.

Oliver's story was my favorite and the most adult in its appeal. The terrible depression felt by Oliver, when he loses the young woman he loved because she preferred another, grabs your heart. The wise words of the lovely witch Freya eventually help him come to terms with the hurt he suffers and even show him how to recall joy.

According to a footnote Freya will have her own series of books. She is such an enchanting character and I look forward to reading more about her adventures. She also has magic recipes that anyone can whip up in their kitchen. Included at the end of Just Another Night In Suck City is Freya's spell tinged recipe  - Scrambled Eggs for the Brokenhearted.

The author has developed a complex universe in which her characters live. This YA series has proven quite popular with Schuyler being chosen as a favorite kick-butt vampire heroine in a poll by Entertainment Weekly.

The young people are all quite wealthy. They attend expensive schools and have no material wants, but as vampires they have a host of problems to deal with some of them deadly even to immortals.

The author has constructed a much more complex world than at first seems apparent. Bloody Valentine allows a quick introduction to that world and some of the more prominent personalities - good and evil - that inhabit it.  Teens as well as those young at heart will enjoy this collection.

To aid those who would like to know more about these vampire elites, grab a copy of Blue Bloods: Keys to the Repository

[A copy of this book was sent to me by the publisher. Thank you.]
Posted by Patricia Altner at 1:00 AM