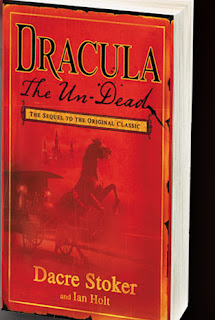 The events in this novel take place in 1912, twenty-four years after similar events described in Bram Stoker's Dracula

The  survivors of the attack on Count Dracula have suffered much mental anguish since their encounter with the vampire. Mina and Jonathan Harker's marriage is terribly strained. Their son Quincy Harker, born after the adventure in Transylvania and now an adult, is estranged from his stern father. He knows nothing of the encounter with Dracula, and both Jonathan and Mina feel it best to keep secret the horrors they witnessed. Jack Seward, the doctor who brought in Van Helsing when a mysterious ailment overtook  Mina's friend Lucy, still fights an evil like the one he and his companions first encountered. He sustains his sanity with heroin.

A demonic force haunts London and is insinuating itself into the lives of the heroic survivors. Elizabeth Bathory, the famed Bloody Countess of 16th century Hungary who thought to keep her beauty by bathing in the blood of young maidens, has arrived.

Over the strenuous objection of his father young Quincy Harker wants more than anything to become an actor. In the course of this quest he meets Bram Stoker, a bitter individual who has had little success with his vampire novel. He hopes to gain more recognition by putting it on as a play. When Quincy reads the story he is dumbfounded to discover the names of his parents as well as others he knew while growing up. How Stoker came upon this information is only one of the several mysteries to be solved. Many complex layers are woven throughout this fast paced, mesmerizing tale.

Dracula scholar Dr. Elizabeth Miller has written a fascinating Afterwords which discusses the various characters and events in both novels. But be warned this essay contains many spoilers.

Although helpful it is not necessary to be familiar with Stoker's novel. Enough of that story is incorporated so that any reader can follow. This is truly a unique twist on the saga of  Dracula who is considered a hero in his native Romania.

Note:  Author Dacre Stoker is Bram Stoker's great grandnephew. For more information about the book and the authors go to the Dracula: The Un-Dead web site.
Posted by Patricia Altner at 1:00 AM

Hi Patricia good review! I am curious about the tone of the novel. Does the new book try to emulate the feel of the original or does it have a more modern sensibility in the writing style?

Great review! I saw this on your blog awhile ago as a future release and was interested then. Now I want it even more!! Dracula was great and this sequel sounds fascinating!

Hi Doug and thanks!

Dracula the Un-Dead has a much more modern tone than Stoker's book but still maintains the Victorian atmosphere. It is definitely more accessible to modern readers than the original.

Hope you have a chance to read and comment on it. I always enjoy your take on things.

I'm so glad you liked the review.

When I received the book and saw on the back cover all the publicity that was planned for it, I rolled my eye. No book could live up to so much publisher hype. Or so I thought.

This books makes it. I really enjoyed it!

Thanks for this review -- I must confess I dismissed the book at first (Dracula sequel?!?!) but now it'll definitely be on my 'to read' list.

I was pleasantly surprised at how really good this book is.

Hope you enjoy it as well.