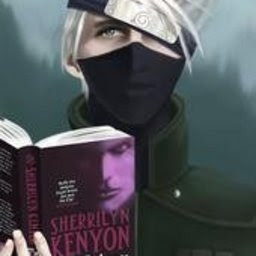 Sherrilyn Kenyon is celebrating the release of her new trilogy 'The League' Born of Night  Born of Fire, and Born of Ice


[As part of that celebration St. Martin Press is offering one PVN reader a copy of Born of Ice - " as long as the reader is located in the US and can supply their name, address, email & telephone number for UPS". I will send a copy to an international reader who lives in a country serviced by Book Depository.  See contest rules at end of post]

In the Ichidian Universe no one was safe people were dragged from their homes and killed in the streets. Victims of a ruthless tyrant who was bent on being the sole ruler. Those who opposed him formed an alliance called The League, which fell under the leadership of the Quorum.

The Quorum realized that the best way to keep trouble from starting was to cut it off at its knees. So a separate group of soldiers was needed, The League Assassins. Highly trained and highly valued, they are the backbone of the government. But not even the League is immune to corruption...

Command Assassin Nykyrian Quikiades was born and trained to slaughter. Refusing to be a pawn, he turned his back on the League and has been hunted by them ever since. Though many have tried, none can kill him. Now his assignment is to protect Kiara Zamir, a woman whose father's political alliance has made her a target. She wants nothing to do with politics, yet she is forced to submit to protection or die.

And as her world becomes even deadlier, Kiara must entrust her life to the same kind of beast who once killed her mother and left her for dead. Old enemies and new threaten them both and the only way they can survive is to overcome their suspicions and learn to trust in the very ones who threaten them most-- each other.

In a universe where assassins make the law, everyone lives in fear- except for Syn. Born of an illicit scandal that once rocked a dynasty, he always knew how to survive on the bloodthirsty streets. But that was then, and the future is now.

He takes no prisoners...

Syn was raised as a tech-thief until his livelihood uncovered a truth that could end his life. He tried to destroy the evidence and has been on the run ever since. Now trained as an assassin, he allows no one to threaten him. Ever. He is the darkness that swallows his enemies whole.

She offers no escape...

Shahara Dagan is the best bounty hunter in the universe. When Syn comes back on the radar, she's the only one who can bring him to justice. There's only one problem: Syn is a close family friend who's helped out her brother countless times. Is Syn's protection worth the risk? The only hope Shahara has is to find the evidence he buried long ago.

Now it's kill or be killed- and they, the predators, have just become the hunted.

In the Ichidian Universe, the League and its ruthless assassins continue to keep rule. But at what cost? Welcome back to the future- and a whole new world.

He is an outlaw who offers no quarter...

Devyn Kell spent his life in service to the League until he learned of the double dealing and backstabbing that was costing innocent people their lives. Refusing to play those politics, he became a Runner- someone who makes sure planets get the weapons, medicine and supplies they need to survive. May the gods have mercy on any who get in his way, because he definitely won't.

She is on the run from a past that could end her life...

Alix Garran is a woman on the run from a past she can't escape. Signing on to work for Devyn as a System's Engineer, she finds a cause she can fight for- and a man she can respect. But as Alix's past catches up to her, and Devyn's old enemies turn lethal, they have to fight together- or fall alone.


Now for the contest.
* Name a Science Fiction book, TV show, movie that you liked. 1 point

* Name any Science Fiction book, TV show, or movie that had a vampire character. [There are a few that I know about] 2 points

* Link this interview to your own site or a social network site, and be sure to let me know the URL. If your email is not associated with your ID, please put the address in your response. 1 point

*And remember: St. Martin Press is offering one PVN reader a copy of Born of Ice - " as long as the reader is located in the US and can supply their name, address, email & telephone number for UPS".
PVN will send a copy to an international reader who lives in a country serviced by Book Depository.
Make sure to add if you are US or International reader


St. Martins Press is also  readers a chance to enter a sweepstakes to win digital downloads of all three books from 'The League'. Here is the link:
http://us.macmillan.com/smp/promo/bornofaudio

This contest ends Dec. 15. and is limited to US residents.


Posted by Patricia Altner at 1:40 PM

I just watched Star Trek (the new one) last night and that movie rocked. *super dork*

I'm a complete sci-fi junkie so just picking one piece that I enjoy is hard, but most recently I'm enjoying rewatching Cowboy Bebop on DVD.

As for sci-fi with vampires in I'd have to say the original book version of I am Legend where the plague victims were explicitly vampires rather than the generic things the various movie incarnations feature.

I'm a big fan of the latest Star Trek movie

As for vampires...does the Jack the Ripper character in Sanctuary count?

I liked the Battlestar Galactica (from the 1970's!)

The first book I thought of is I Am Legend, too.

I love that picture of Kakashi Hatake holding that book! Where did you get it?

I really like the new series Warehouse 13. As for a sci fi with vampires, does Buffy the Vampire Slayer count?

+1 Last true Sci-Fi movie that I saw and liked was the new Star Trek (have seen all the movies and loved the TV series)
+2 The book that comes to mind for me is also "I Am Legend" because as Jake says the plague victims were vampires of a whole different nature than the romanticized Hollywood version of most movies and books....
+1 Posted for extra entry the info and link on profile:
http://www.facebook.com/jacabur?ref=profile
+1 Link and info posted on my Blog Site:
http://jacaburintexas.blogspot.com/2009/12/sherrilyn-kenyons-league-trilogy.html#links
+1 Tweeted link and info on my profile:
http://twitter.com/jacabur1
+1 Posted the link and info on blog:
http://bittenbybooks.ning.com/profiles/blogs/kenyon-fans-you-have-to-go-to
Jackie B Central Texas
jacabur2008ATgmailDOTcom

I'm digging the new Star Trek movie.
As for Science Fiction vampire book, well I'm going to choose the very first Anita Blake, Guilty Pleasures by LKH. I loved the first 8-9 books, but I have not keep up with the last 9.
Stacy----samnstacyATmeDOTcom

I forgot to add am a US Reader in my very long entry posting, sorry....

+1 TV Show - Red Dwarf
+2 first I thought of I am Legend too, but since so many already named it I will go with Peeps from Scott Westerfield
+1 linked on sidebar here: http://donnasbloghome.blogspot.com/

Im in the US

bacchus76 at myself dot com

+1 Forever Knight is a tv show that has a vampire character.

Dear blog friends: Hello!
I am from Taiwan, a website of plastic surgery clinic. I am pleased to absorb lots of valuable information and articles from your blog.
Besides, do I have this honor and opportunity to ask you to join my site to your blog, so that everyone can share. Much appreciate! The following is my website name and URL, also hope to regularly visit and exchange. Wish you peace and success!
Site Name：隆乳整形外科 果凍矽膠整形
URL：http://www.nuimage.com.tw http://www.cpchen.com.tw
E-mail:service@pageone.cc

Ooo, this sounds like a great series! I would love the chance to read Born Of Ice. :0)

Doctor Who has always been one of my favorite tv shows - as a kid and as an adult.

Hmmm, science fiction and vampires is a little harder. Scott Westerfeld's Peeps is the only book (besides I Am Legend) that comes to mind.

Thanks!
librarygrinch at gmail dot com

Sorry, I forgot to add that I'm from the US.

Hi :)
Thank you for the opportunity to win by adding your own international offer.

+1 My favorite SF book this year is Regenesis by C.J. Cherryh.

+1 Posted on my blog for my 5am EST Dec 11th post.
http://rkcharron.blogspot.com

Thanks for the contest

I am from the U.S.
+1-favorite TV sci-fi, Twilight Zone (still being shown on cable)

+2-J.D. Robb's 'In Death' book series is sci-fi and features a vampire

I am a US reader

+1 I really like the show adapted from the Terry Goodkind novels called The Legend of the Seeker.

+2 sci-fi vampire book i really loved was Anne Rice's Interview with a Vampire, before it was a movie.

+1 I posed this comment on my blog in the sidebar
http://thegreatyaescape.blogspot.com/

I am currently reading Carnival by Elizabeth Bear and getting sucked right in to the patriarch vs. matriarch politics!

I was shamefully in love with the TV series moonlight, no matter the questionable acting.

I've added this interview to my Friday Fantasy blog post.

+1 Firefly is a great sci-fi show

I like all things sci-fi as far as televisions goes, from Star Trek to Stargate SG1, to Doctor Who.

Vampire character, would have to be Mick St. John (Alex O'Loughlin)

Count me in on the giveaway...

Movie would be Star Trek in Search of Spock

TV show with a vampire has to be Dark Shadows

Please count me in.

+1 I loved Battlestar Gallactica
+2 I am Legend had Vamps in it.

1. My fave Sci Fi, Book or TV show:
Oh that's difficult, there are so many!
Stargate, Star Trek (any version except The Original TV Series), Babylon 5 and heap of Sci Fantasy books including Sherrilyns books.

2. Sci Fi with Vampires
Buffy
Angel
Twilight (does that count?)
Lexx
Evernight
Do you count Christine Feehan's Dark series and the like?